Things I learnt about me and my world this week

0 - I referred to the team as ‘guys' in a large meeting and have felt bad all week. Publishing as a rebuke to myself.

1 - When stuff goes really really wrong it is hard to stay calm.

On Monday we had some fairly major challenges with the plumbing of the ONS website. Stuff wasn't working and in a way that wasn't just a bug, but nor was the world going to end. The whole team clicked into gear, sharing info, ideas and so on. Continuity plans were readied, people were On It. It struck me that Ops people have an awesome ability to think straight in really harsh situations (this was actually fairly minor) and Ian (Dev Lead), once again showed a very helpful ability to think of the solutions no one else will consider. In these times I never know how to best help, leave people to it? Get super stuck in? Make the tea? This time, given we had a few people out of the office, I got right into it, but my heart was pounding for most of Monday. Staying super chill is a skill i need to learn. Can you learn how to be super chill?

I spend a tiny percentage of my time working on developing a platform to support the publishing of sustainable development goals. This is in terms of the UK response to the UN requirements to publish this information and in trying to create a set of open  tools to help other countries do the same. This week meant attending a project board (which left me pondering user centered project governance) and meeting collegues from Rwanda who were in the UK for a few days. The ONS team had helped them set up a clone of the open platform we have helped produced, to see if might help add value in Rwanda. I find this side of my role very interesting. I feel very privileged to work with and learn from amazing people around the world. I also found out about a whole new range of data platforms that I wasn't familiar with. Fun

On Thursday I went to an away day with a new management team (born from a minor restructure). It was interesting to gain a greater understanding of what a set of teams I will now be working with do more practically. I made an active attempt to sit and absorb info, but found myself speaking more than I needed and, when especially exercised by a topic, talking across people when in a hurry to make a point. I need to get better at this

4 - Tea and coffee can be political

The other day we had a new starter join the team. He pottered over and asked me where the kitchen was so that he could make a cup of tea. I pointed in the vague direction and he said he meant ‘where was the tea he could use’. Reader, I've never felt more embarrassed than having to explain that people bring their own and we have a tribal and complex system of a million bottles of milk in the fridge. So, I purchased some big jars of coffee and tea and put a ‘this is for everyone’ sign on them. Interestingly they have been there all week and have hardly been touched. Do people maybe think it is a test? More on this developing story soon. 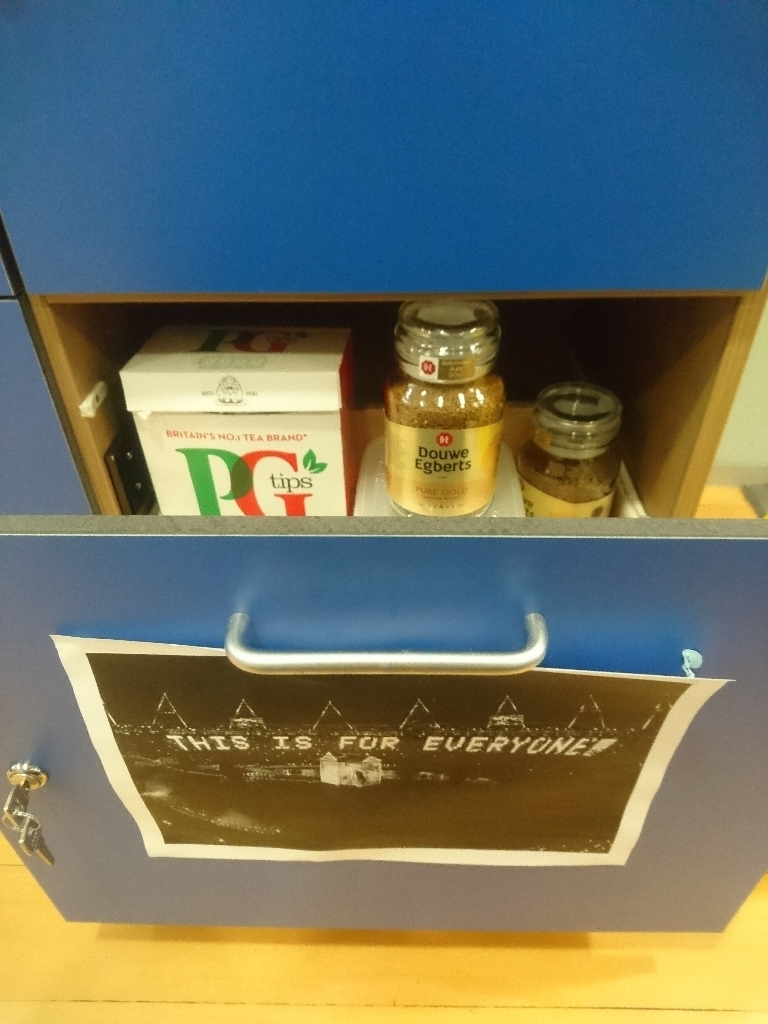 5 - Sprint planning and retros are important.

It was one of those rare weeks where the stars aligned for me to attend the show and tell, retro and planning for one of our teams. This seldom ever happens. The show and tell was awesome (a new design pattern around geography to go out to user research next week. An update on how our content design and UX is pushing a big project along and an update on some security and auditing pipelines). The retro was helpful (it was pointed out I was blocking the sign off on a bunch of things, our intense UR cycle is a big ask, some great inter team work to be proud of). Planning was fun. I got to wave my arms around to talk visions, but we have more ground to cover to work out how to plan within multidisciplinary teams, to stop sections of it only being relevant to a subsection of the team. It did mean I got to have a chat to Crispin about testing. I like talking about testing.

Andy news. I am now 38. I am riding in a 100mile bike race this weekend to celebrate and then seeing the greatest Welsh man, Gruff Rhys play on Sunday evening. A few of my friends are joining him stage and I have seldom seen them so excited.